These are quakes that occur outside the PNSN area but less than 1,000 km away.  These include events from California, British Columbia, Idaho and Montana and from the Juan de Fuca plate offshore.  Regional events will usually be recorded by most stations within several geographical areas.  Usually two very distinctly different phases (bursts of energy) can be seen from 10s of seconds to two minutes apart. The first phase (P-wave) usually will have a slightly higher frequency content than the second phase (S-wave), which may be stronger.

Magnitude 4.9 earthquake off northern California coast as recorded on the Three-Sisters sub-group 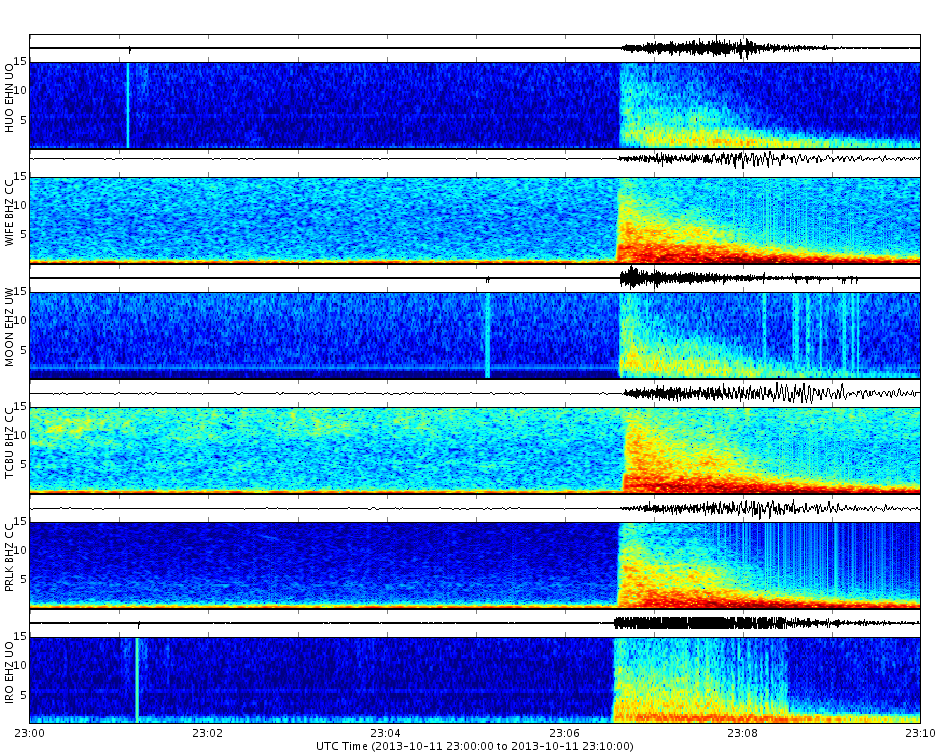 Magnitude 4.9 earthquake off northern California coast as recorded on the Mount St. Helens sub-group
This is the same earthquake as above but recorded farther away.  Note that the amplitudes are slightly smaller and the frequency content on average slightly lower.  Note the calibration sequence on station, SUG. 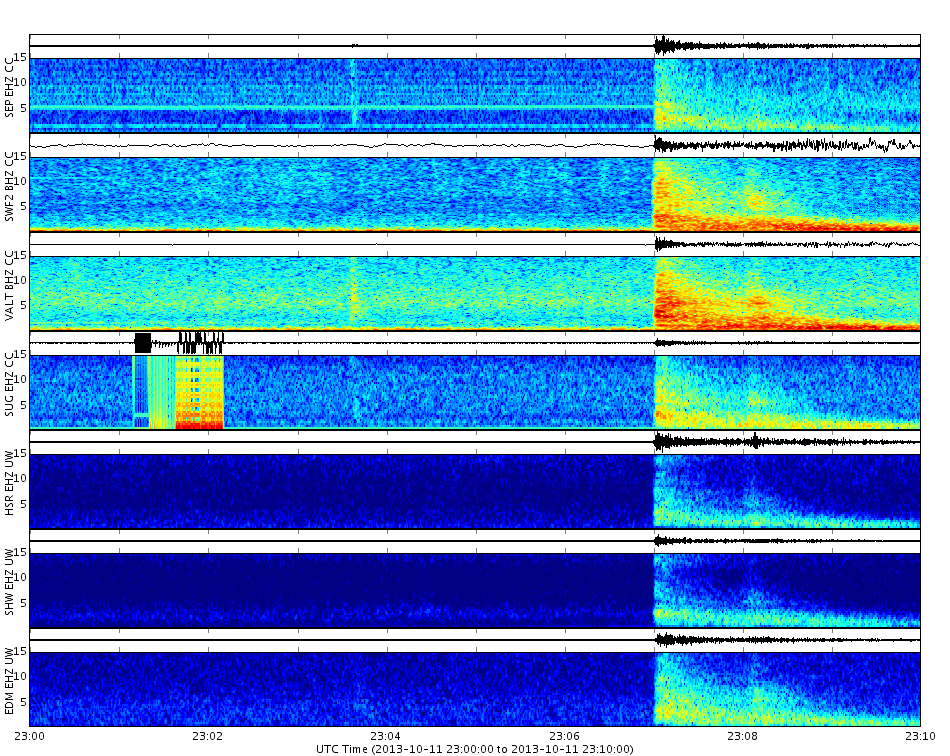