A tricky part of seismic monitoring is distinguishing between wind-generated vibrations and seismic signals of geophysical significance such as tremor.  Wind may produce low-frequency, continuous noise that looks similar to tremor or it may be broader band with bursts that could mimic and earthquake signal.  There are generally two key differences between wind and tremor.  First and foremost, tremor is usually observed on most or many of the stations in a geographical sub-group, and the signals change amplitude on all stations at approximately the same time.  In contrast, wind may affect only one or a few stations and the variations in amplitudes will not be synchronous between stations.  Also, wind-produced seismic signals usually have broadband energy, between 1-15 Hz while tremor is most often confined to the lower frequencies 1-4 Hz.

Gusty wind in the Crater Lake area from a passing storm front.  Note that there is energy in the higher frequencies and occurs at different times on different stations. 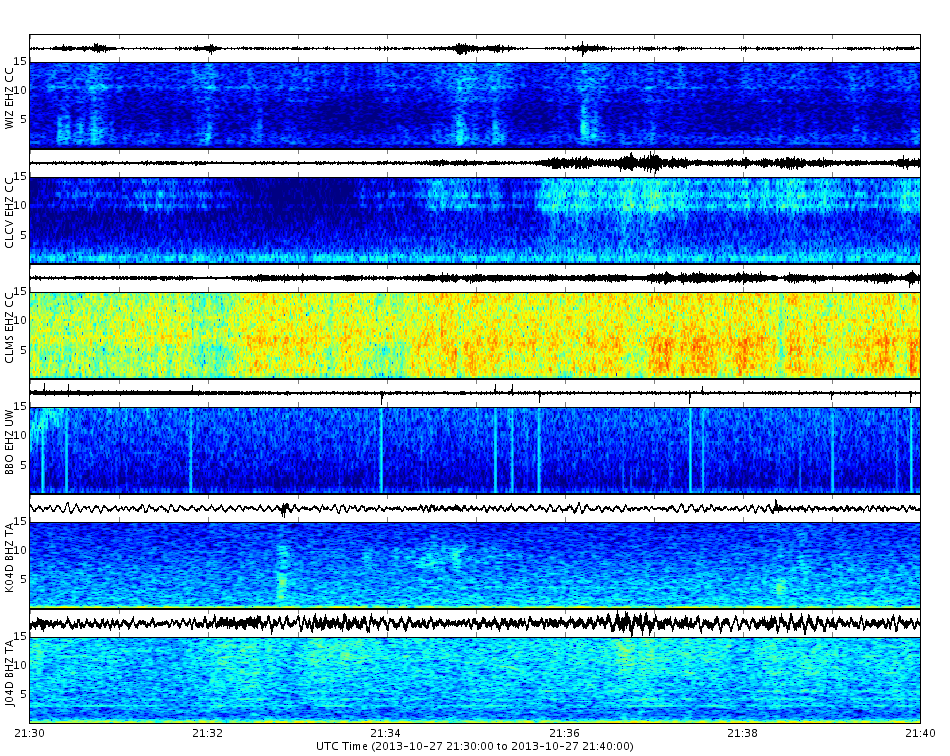