From a monitoring perspective, these are the earthquakes in which we are most interested.  Local quakes occur within the Pacific Northwest Seismic Network (PNSN) and will usually be located and reported on the PNSN map and list of recent earthquakes.  They may be visible on most or all stations within a geographical group as well as stations in other groups.  A subset of local earthquakes consists of those that are small and local to only one of the geographical regions such as a volcano group.  Volcano related earthquakes may be long-period (LP; with spectral peaks around 1-2 Hz) or volcano-tectonic (VT; with spectral peaks around 2-15 Hz) and may be visible on some or all of the stations in a group but may not appear on other geographic groups.  VT earthquakes are a fairly commonly seen type of earthquake near our volcanoes. Their characteristics are the same as regular tectonic earthquakes located anywhere in the Pacific Northwest.  They only indicate volcanic unrest in the very rare cases where they occur in significantly increasing numbers and sizes.  LP earthquakes are not common near our volcanoes but when they occur they may be associated with volcanic unrest that could lead to an eruption. However, as often as not, even when there is other evidence for volcanic unrest an eruption is not immenent.  Deep LP events usually only mean that a magmatic system is still active and it may be years or many decades before an actual eruption.  Unfortunately LP events have characteristic signals to some unrelated seismic sources such as rock-fall, avalanches, quarry blasts and even glacier-generated ice-quakes.  It can take an experienced seismic analyst with high-quality seismograms or spectrograms and sophisticated locating techniques to reliably identify true, volcanic, LP earthquakes. Even then, some events showing up on spectrograms defy interpretation or are ambiguous.

Note that it shows on all stations with a similar range of frequencies. 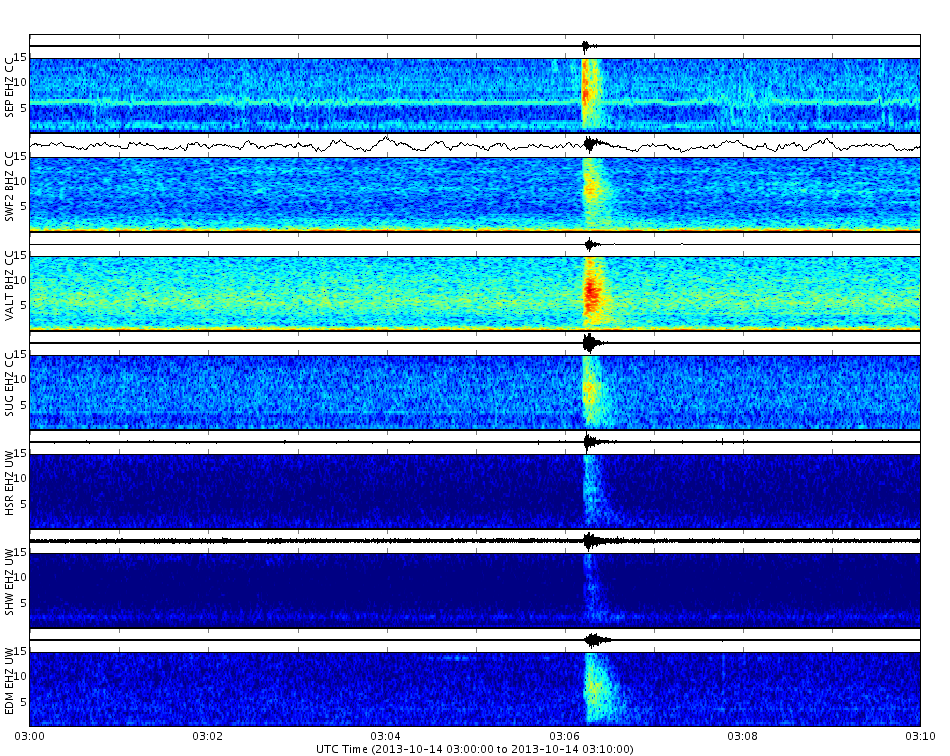 Note that this has slightly higher frequency content and shorter duration than the above event. (Stations SUG and SHW show two other, probably very local, unrelated surface sources later in the spectrograms.) 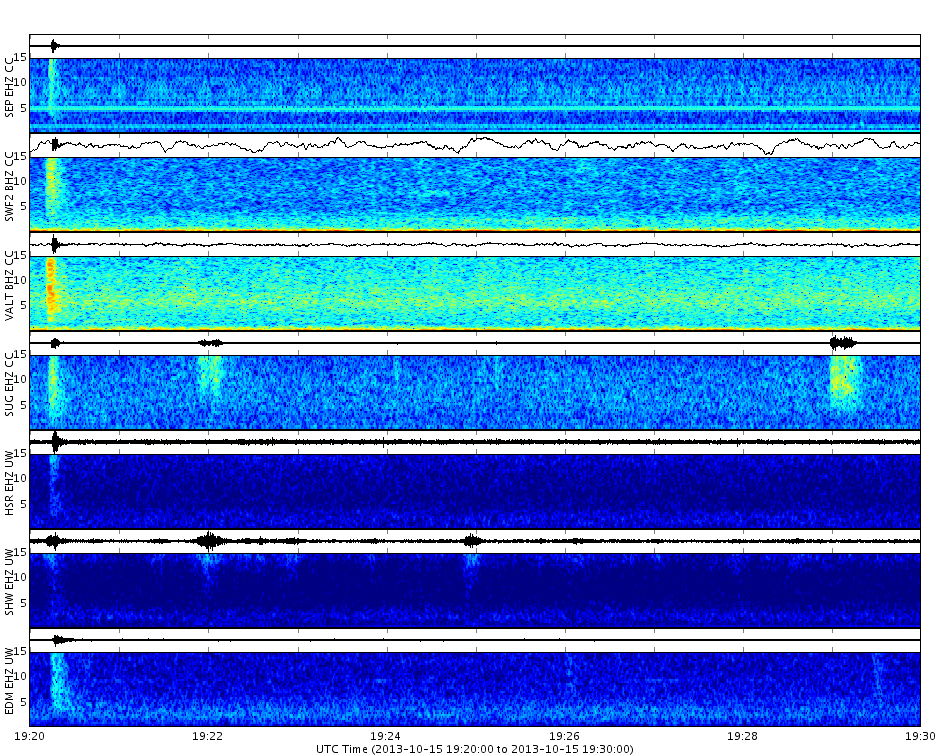 Note that this event (may be two of them) only shows up on stations B013, HDW, BLN, the most sensitive stations and closest to the event. (There are three very small local noise events on station B013 and there is a calibration sequence on station JCW.)

Magnitude 3.3 earthquake near Lake Wenachee in the eastern Cascades
as recorded on the Baker-Glacier set of spectrograms.

Note the P- and S-wave on most stations, though station WRW seismogram is saturated for this large, nearby event so the different phases can not be distinguished. 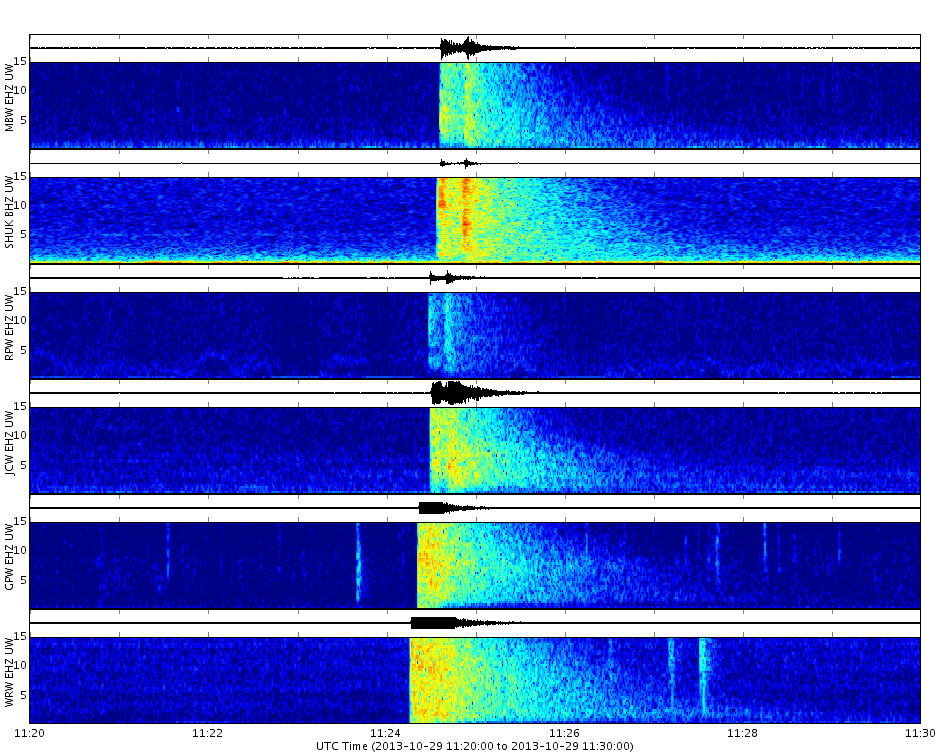