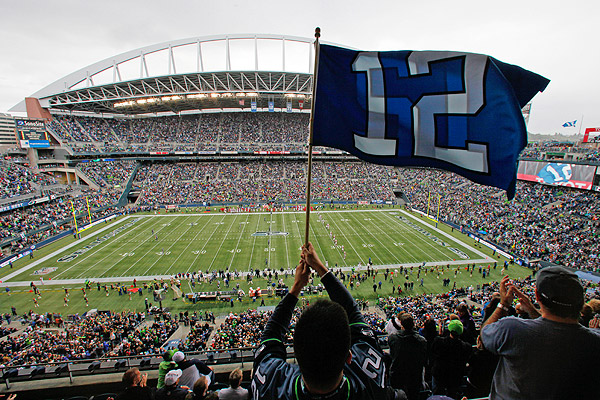 The Pacific Northwest Seismic Network (PNSN), in cooperation with the Seattle Seahawks and CenturyLink Field management has been involved with seismically monitoring some NFC playoff games. Installing portable instrument in the stadium helps us to test our instruments, telemetry, analysis and can help us better understand the vibrations recorded during a football game.

These are experiments. Earthquakes are not predictable but Seahawk fan enthusiasm is. Scientifically we like to investigate how an excited crowd energizes the stadium structure to shake, and how that shaking propagates into the surrounding ground. Other more technical motivations are listed below. As a public service, we are providing public views of the motions we are recording in near real time.

Check out the blog for the Jan 7, 2017 play-off game against the Detroit Lions!

Where are the seismographs? 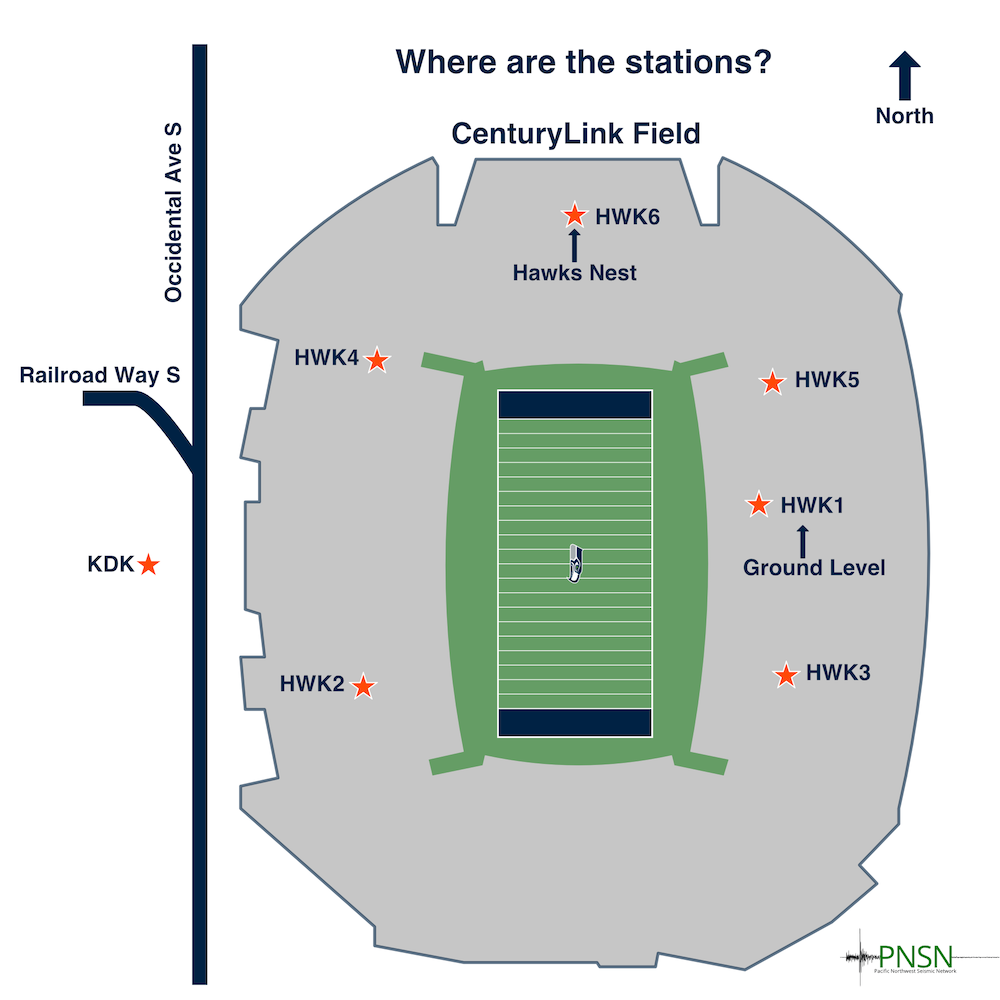 HWK1 is at field level under the east stands near the 35 yard line.  At the ground level this station is the quietest and sees the least amount of seismic noise (squiggles) on the seismograph - or in this case the Hawk-o-Gram.

HWK2 and HWK4 are on the third level of the west stands.  At the upper levels the seismic station will experience more noise and higher amplitudes (vertical displacement of the squiggles).

HWK3 and HWK5 are on the third level on east side.

KDK (the station that detected the 2011 #beastquake) is a permanent station inside a building just to the west of the stadium.

HWK6 is inside the Hawk's Nest about 200 feet above the ground level and will be more noisy, especially during the game!

Attention seismologists:  As of Jan 6, 2017 we have placed waveforms for the two week period around the Seahawks vs. Lions game at the IRIS DMC. You may obtain the data from HWK1, HWK2, HWK3, HWK4, HWK5 and KDK using the standard IRIS data access methods.

Check out our game blogs and learn how to interpret the displays with examples of signals seen on the seismograms. 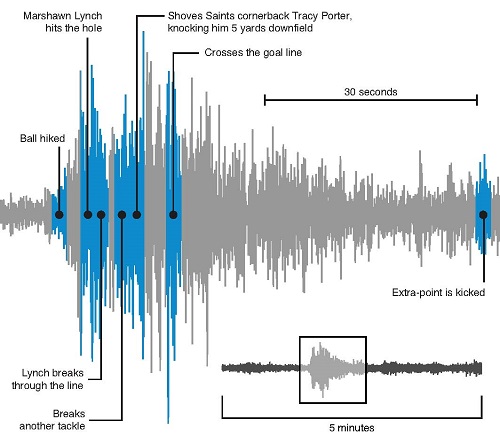 These experiments have the following motivations: 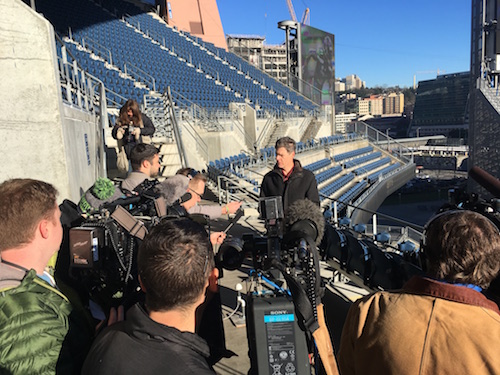 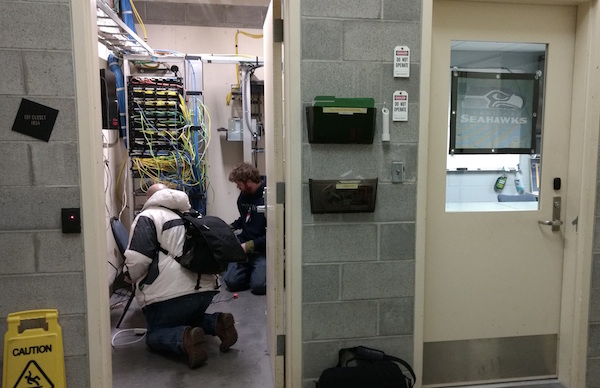 Besides these "experiment" motivations we also think of this as a public service both for the interest of Seahawk fans and with the hope that more people will have their interest piqued to learn more about earthquakes, volcanoes, and their hazards, all topics that the PNSN addresses as part of our public outreach activities.
2017 PNSN Install Crew 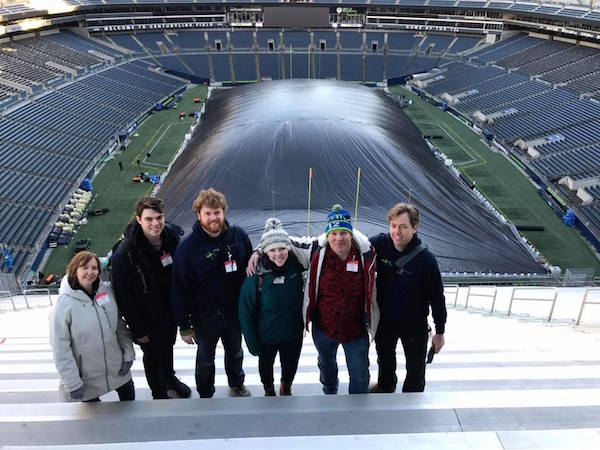 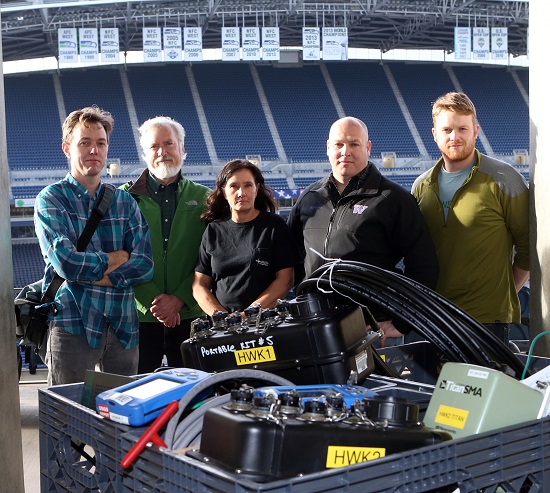