Surface rupture is an offset of the ground surface when fault rupture extends to the Earth's surface. Any structure built across the fault is at risk of being torn apart as the two sides of the fault slip past each other.

Normal- and reverse- (collectively called dip-slip) faulting  surface ruptures feature vertical offsets while strike-slip faulting produces lateral offsets. Many earthquake surface ruptures are combinations of both. Structures that span a surface fault are likely to suffer great damage surface ruptures. A winning strategy is to avoid building across, or even near, these hazards. 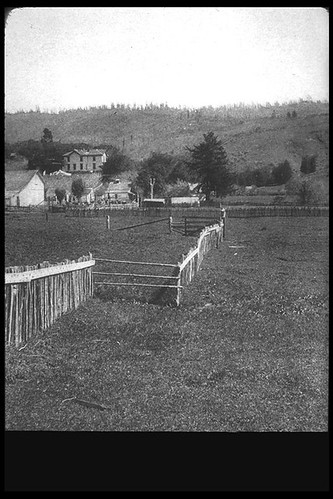 Unlike California, Washington and Oregon have no statutes regulating development on faults with surface rupture potential. This is due in part to the relative lack of historic earthquakes that have ruptured the surface in the Pacific Northwest. It is difficult to characterize the hazard. Within the past dozen years, geological studies have revealed several dangerous active faults in the Puget Lowland that have produced significant surface rupture in the past 4,000 years. The search for other active, crustal faults in the Pacific Northwest continues today.

California's Alquist-Priolo Earthquake Fault Zoning Act was passed in 1972 to mitigate the hazard of surface faulting to structures for human occupancy. This state law was a direct result of the 1971 San Fernando Earthquake, which was associated with extensive surface breaks that damaged many homes, commercial buildings, and other structures. The Alquist-Priolo Earthquake Fault Zoning Act's main purpose is to prevent the construction of buildings used for human occupancy on the surface trace of active faults. The Act only addresses the hazard of surface fault rupture and is not directed toward other earthquake hazards.

The fault rupture in the 1999 Chi Chi Earthquake in Taiwan under the Bei-fung Bridge lifted the upper stream by 5 to 6 meters (15 to 20 feet) and created a new waterfall. This scarp and the one across the school track below are typical of large reverse thrust earthquakes. 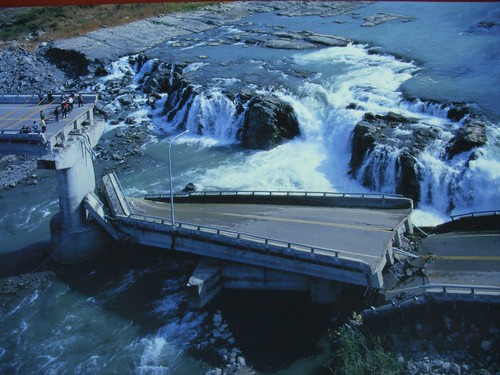 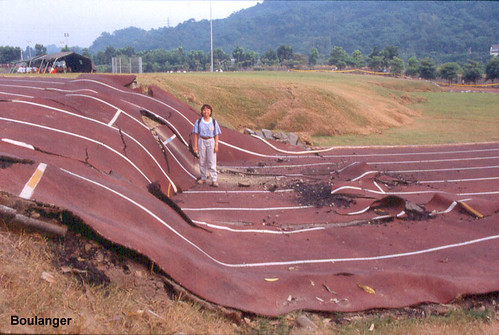