Volcanically triggered earthquakes have the potential to cause cracks, ground deformation, and damage to manmade structures. They typically are much smaller than earthquakes caused by non-volcanic sources. The largest felt volcanic earthquake in the Cascades was a magnitude 5.5 in 1981, under Mount St. Helens. Two types of volcanically generated earthquakes are volcano-tectonic (VTs) earthquakes and long period earthquakes (LPs).

Please visit our volcano seismicity pages to learn about volcanic activity near our Cascade Volcanoes. 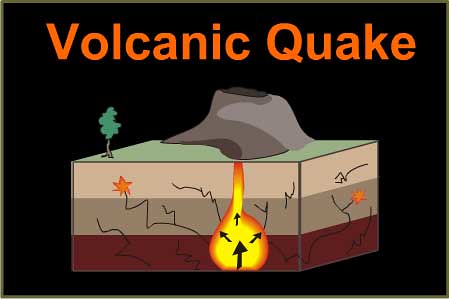 Volcanic-tectonic earthquakes (VTs) are, simply put, caused by slip on a fault near a volcano. Volcanoes are often found in areas of crustal weakness and the mass of the volcano its self adds to the regional strain. Most VT earthquakes have nothing to do with the magmatic system of the volcano but occur in response to regional strain exerted in an area of weak faults. VTs can also be generated from changes of pressure under the volcano caused by the injection or removal of magma (molten rock) from the volcanic system. After the withdrawal of magma from a system, an empty space is left to be filled. The result is a collapse of surrounding rock to fill the void, also creating earthquakes. VT earthquakes can result in land deformation, collapse and/or ground failure but they are usually small and leave no trace on the surface. While these earthquakes may cause damage, they usually don't due to their small size which produces weak shaking.

Occasional VTs or even in a significant swarm of dozens of events do not in themselves indicate an impending eruption. However, if a significant introduction of new magma from depth occurs in the system, both VTs and long period earthquakes are likely to be generated. USGS Volcano scientists at the Cascade Volcano Observatory use information obtained from earthquake activity and patterns in combination with many other data sources from the volcano including near and far field deformation, gas emissions, geochemistry, heat transfer and more, to determine the likelihood of an eruption and to estimate how dangerous the eruption is likely to be. 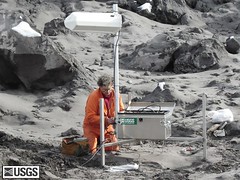 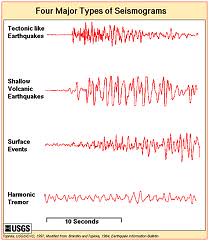 The volcanic tremor can be used to warn of an impending eruption allowing people living near the volcano can to be evacuated to safer areas. This method of prediction has been used successfully to predict the eruptions of Mount St. Helens in the 1980's and the 1991 eruption of Mt. Pinatubo in the Philippines.