This afternoon, Sunday January 17, 2021, a swarm of small earthquakes on the south side of Mount Hood has kept our analysts busy! Several dozen small earthquakes happened in the span of a few hours, and the swarm is still on-going. 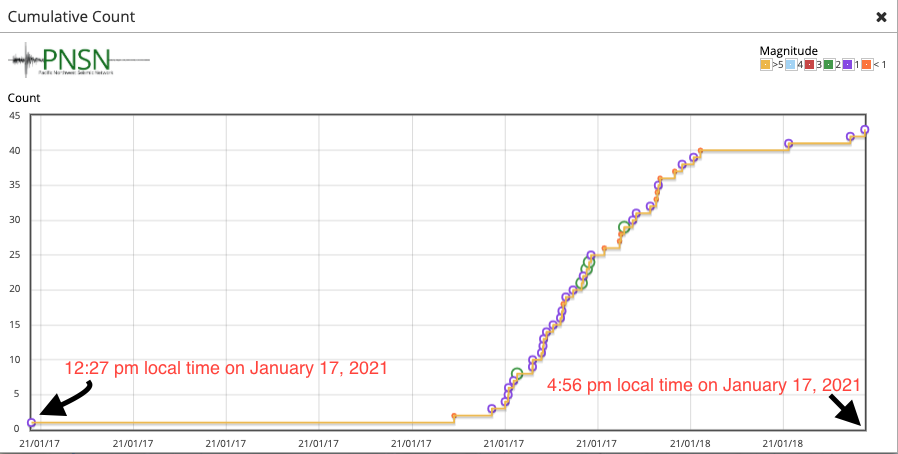 We at the PNSN and the experts at the Cascades Volcano Observatory (CVO) are not too worried about an impending volcanic eruption because similar swarms of small tectonic, not volcanic, earthquakes have happened in the past in this area.

The figure below summarizes the timeline of earthquakes that occurred off-summit (i.e. not centered under the volcano, but within 2.5 km of it). I copied it from this very nice geologic field trip guide to Mount Hood. At the end of the guide you can find a review of the history of seismicity at that volcano. During the time period in the figure (1980-2017), occasional earthquakes have occurred beneath the summit as well, but most of the seismic action in recent decades has taken place in swarms near or on faults close to the volcano. Today's swarm is also located close to the Twin Lakes Fault. In 2019 there was a very similar little swarm, mostly on July 9th, just west of today's. See Steve Malone's blog post from back then. 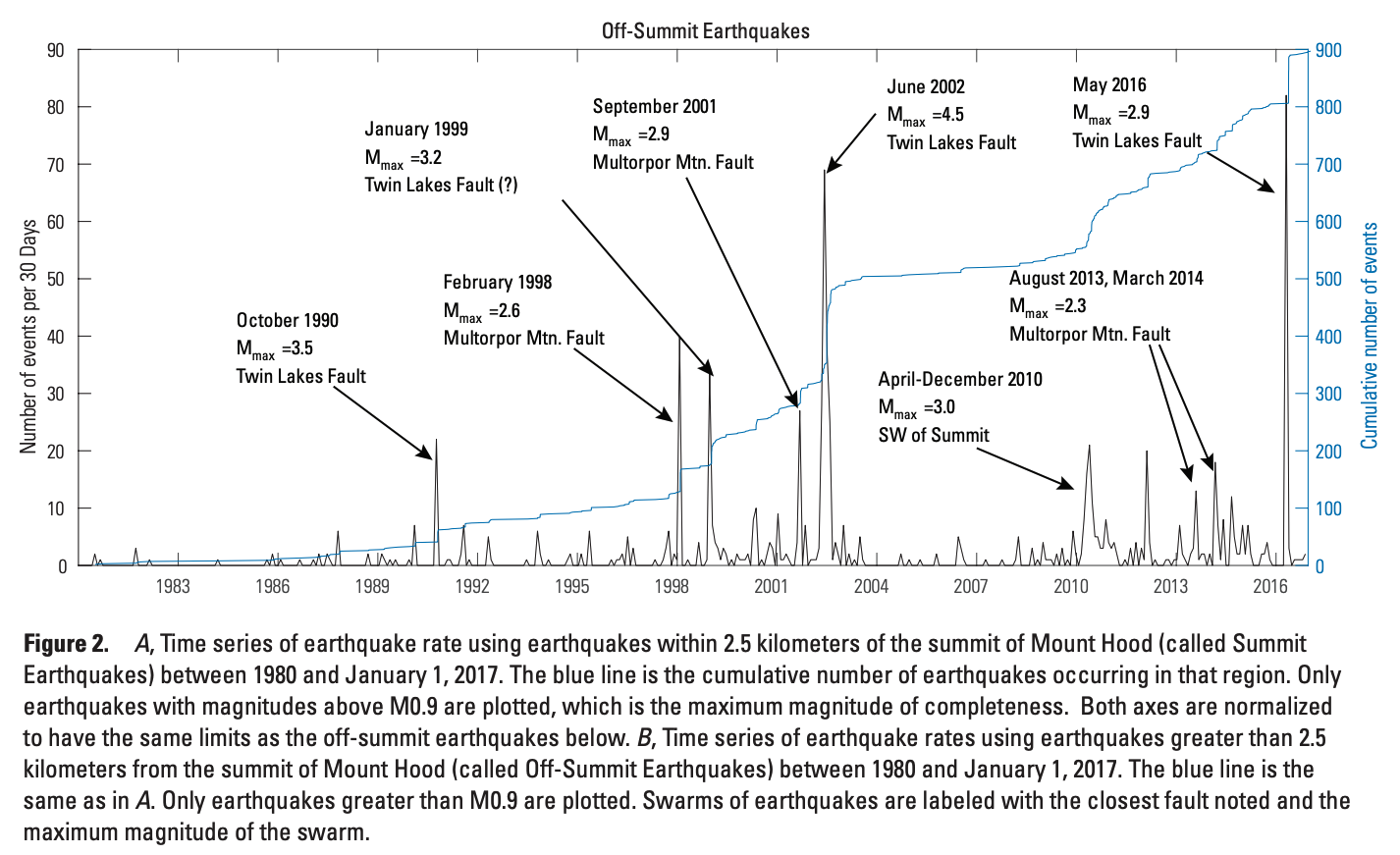 CVO recently installed three more seismic stations near Mt. Hood that we can now use to better constrain exactly where these small earthquakes occur. The figure below is a screenshot of our analyst Amy's picks on one of today's little earthquakes on recordings from the three new stations. Each station measures the shaking in three directions, up-down (Z), north-south (N), and east-west (E). Of course, if the volcano ever does wake up and causes a different kind of seismicity, these new stations will help us detect that as well! Now this analyst is going to make some dinner, but I hope you all feel confident that we are paying close attention. 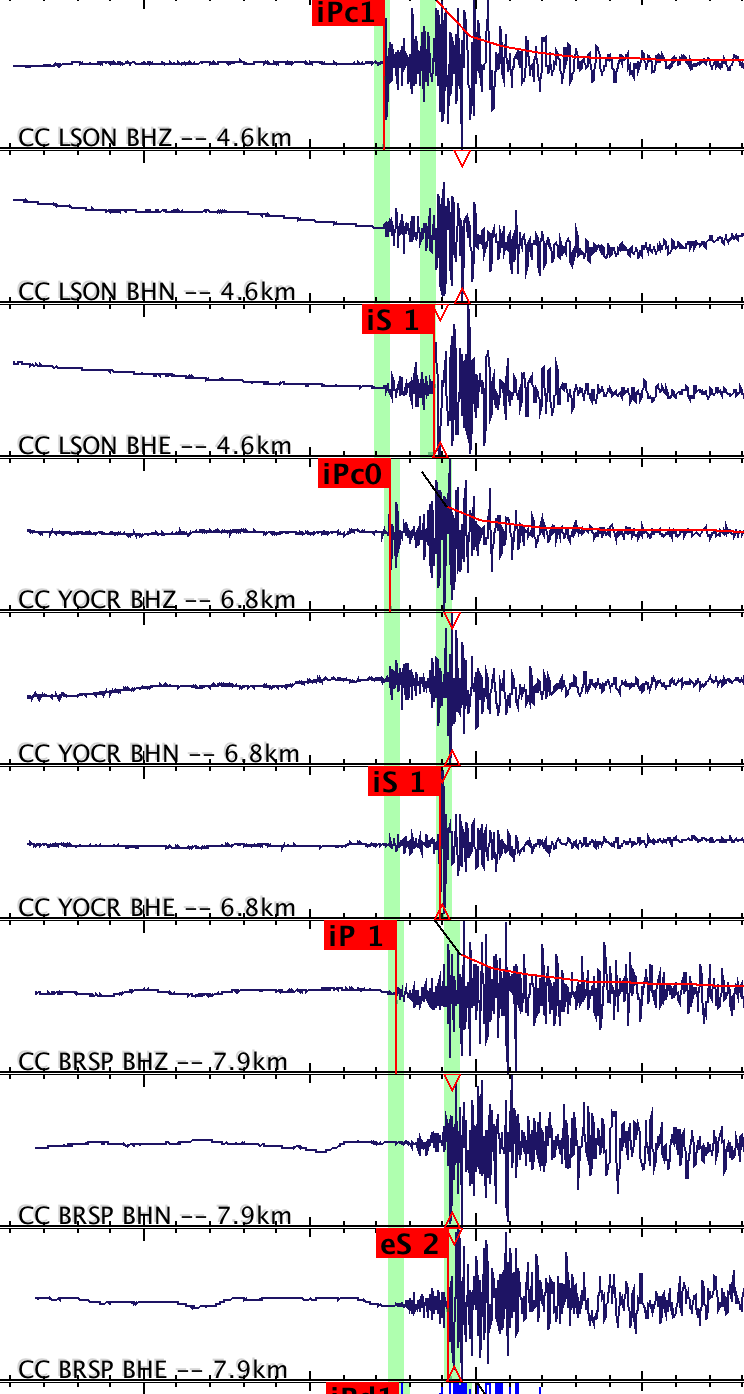