ShakeAlert Rolling Out in Washington on May 4

ShakeAlert Rolling Out in Washington on May 4

Starting on Tuesday, May 4, people in Washington will have another line of defense to protect their families in the case of a damaging earthquake. ShakeAlert®, the earthquake early warning system for the West Coast of the U.S., will be able to send earthquake alerts to mobile devices in Washington.

There will be two ways for ordinary people to get notified of an earthquake that has begun underfoot:

At this time, there are no downloadable mobile apps in Washington powered by ShakeAlert.

Together, WEA alerts and built-in Android alerts will be able to reach the majority of Washington residents should a major quake strike our state, with no downloads required. Go to https://mil.wa.gov/alerts to learn how to ensure that your alerts are turned on (by default, earthquake alerts should be enabled).

To learn more about ShakeAlert and speak to PNSN earthquake scientists, join us for our ShakeAlert Rollout Facebook Live event, May 4th at 6:30pm.

How much warning does ShakeAlert provide?

In most cases, ShakeAlert can provide seconds to tens of seconds of advanced warning before shaking starts. The farther you are from the earthquake’s epicenter, the more time you have to respond. For most earthquakes, there is a “late alert” zone, right above the fault, in which you will feel shaking at the same time as our seismic instruments do, meaning you likely will get an alert after shaking has begun.

What can you do with just seconds of warning? Quite a lot, if you’re prepared. Even seconds of warning is enough time to take action and make decisions before strong shaking arrives. If possible, Drop, Cover and Hold On - protect your head and neck and brace yourself beneath a sturdy table.

Some businesses across Washington are also using warnings from ShakeAlert to take automatic protective actions to be more earthquake resilient, like throttling water utility valves to prevent emptying of reservoirs or delivering messages over the PA system at schools. 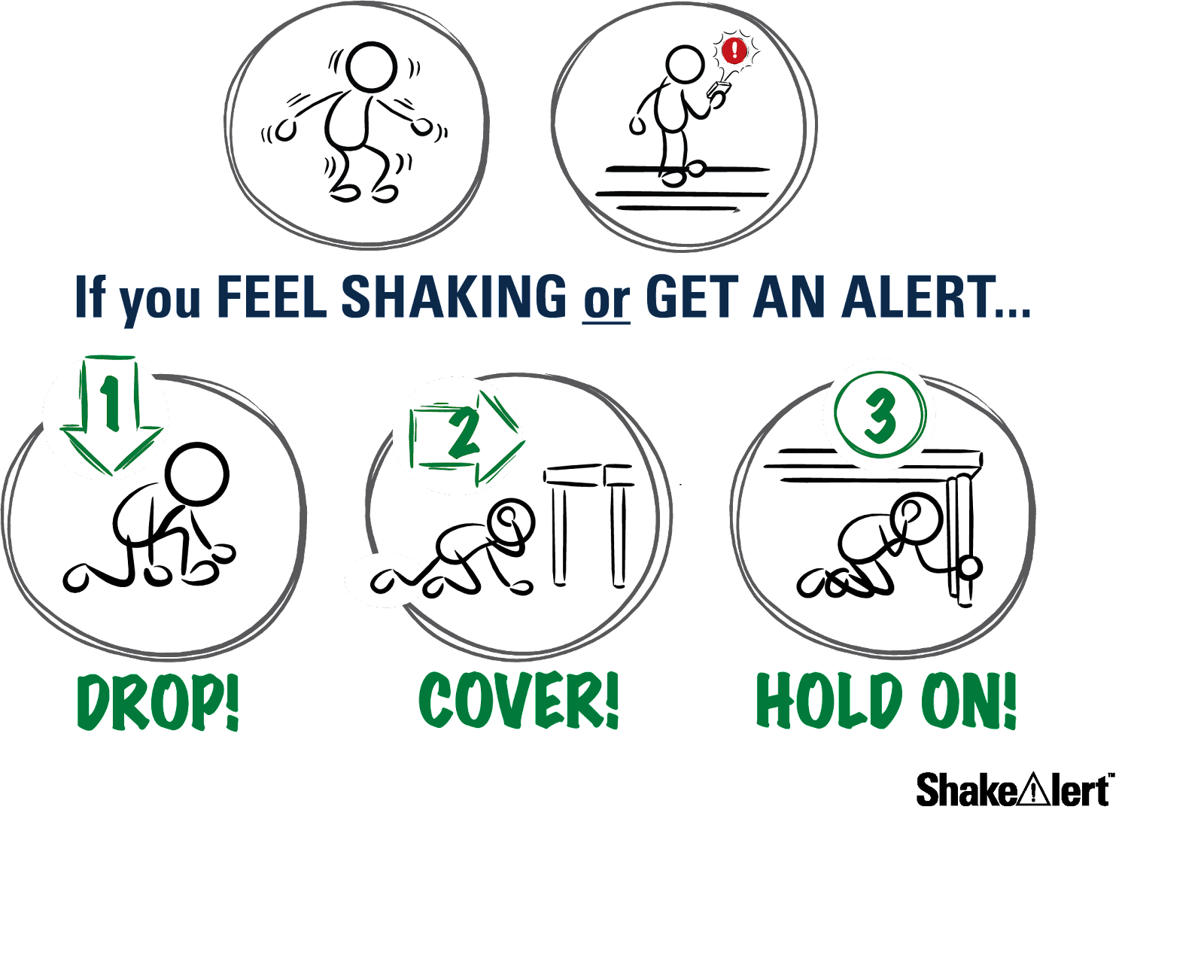 Most of us in Washington know about The Big One, a massive earthquake along the 700-mile Cascadia Subduction Zone that stretches from Northern California to Canada’s Vancouver Island. Earthquakes like this are the biggest threat facing our coast, but they are thankfully rare. More common are shallow crustal earthquakes and deeper intraslab events. Here is a bit more information about what to expect for each of these types of quakes. 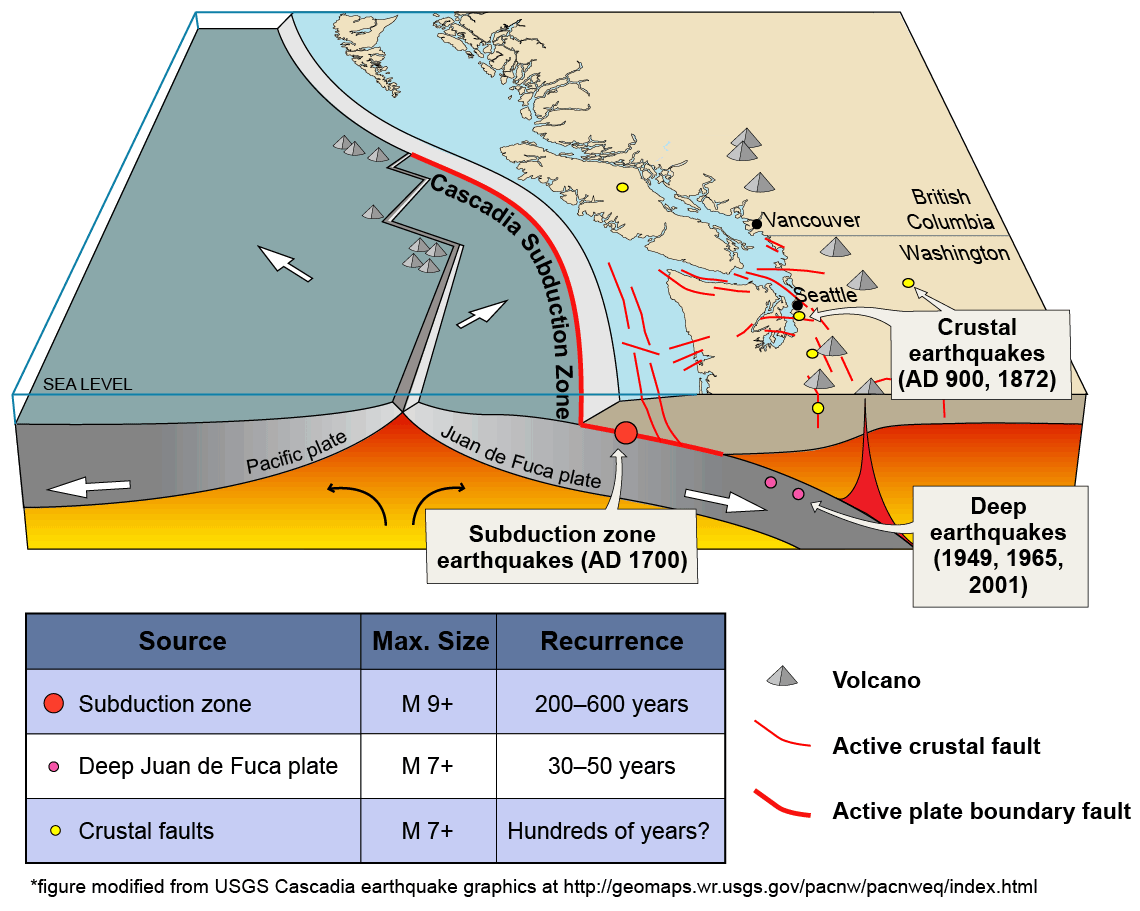 What is the science behind ShakeAlert?

ShakeAlert cannot predict earthquakes (and neither can scientists or gurus on Youtube), but it can rapidly detect earthquakes soon after they begin, relaying information to people before shaking arrives at their location. PNSN’s network of seismic sensors throughout Washington State constantly monitors the ground for motion. Earthquakes can start just about anywhere, but we place our stations where the risk is highest, taking into account both the background level of earthquake hazard and the locations where the highest population is exposed. When four or more stations begin to feel shaking, ShakeAlert algorithms determine the location and magnitude of the quake, pushing out a secure data signal called a ShakeAlert Message. 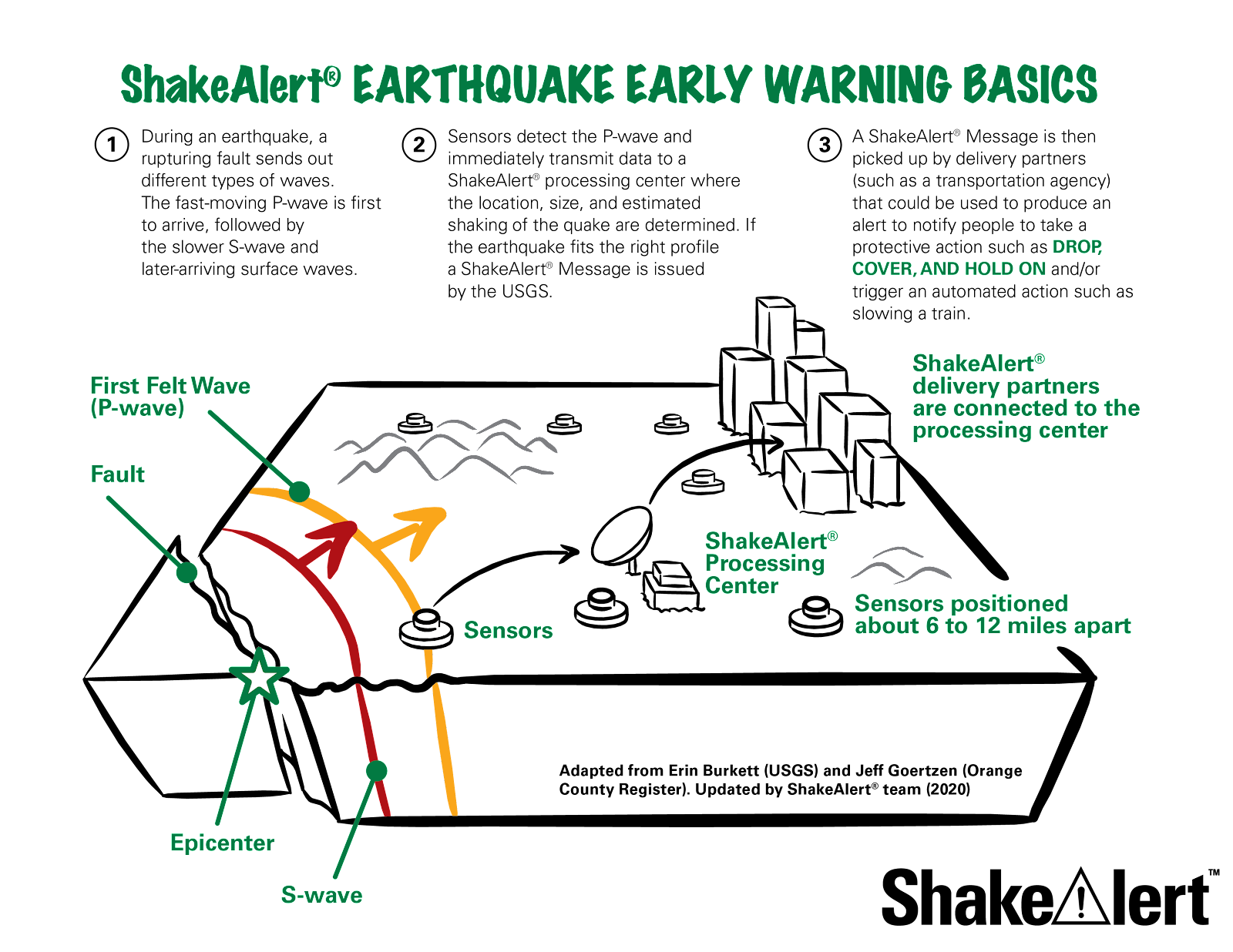 Click here to read more about how ShakeAlert works and how to protect yourself.